by Corky
Hi all,

I just thought I'd share this with you. I was at High Peak classics the other day and was having a look at Dave Mac's 6B. He has replaced the rear light clusters with some he found on eBay. To be honest I didn't notice that they were different to standard until he pointed it out. The indicator lamp is now at the outer edge, which is probably the main aesthetic difference when viewed from a distance.

They are pretty much the same dimensions as the originals and are nice fit.

The big benefit is that they are sealed unit and the bulbs are accessed from the outside (so no fiddling around in the back panel). It should also prevent the terrible earthing problems you get in older units.

I've just ordered a set as emergency spares. At just £34 for the pair including postage, they look like a bargain.

If anyone buys and fits them, please let me know how you get on. 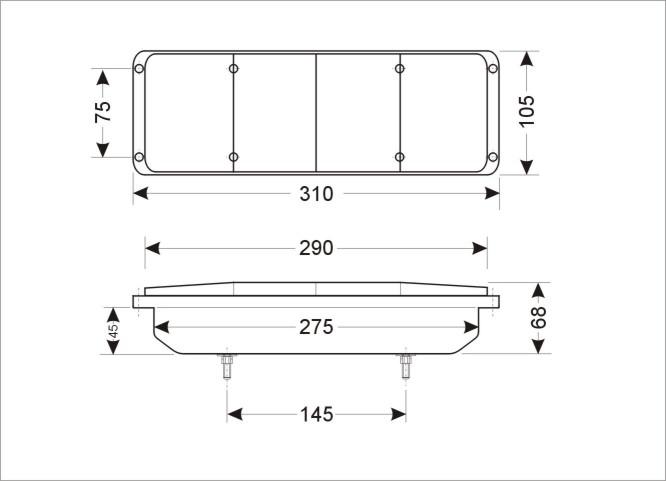 by Taggers
VERY interesting. let us know how you get on.
by philhoward
I think we need some pics of them "in situ"...
by Taggers
yup.

I've always thought on the 6 and particularly the 8 the Hunter lamps look a bit "Parts bin", squarer ones should be better, but it depends how much butchery you have to do.
by Gemini Bob
I'm with Phil some pics of the install would be nice as they look good and as I am wanting a set, I would be very interested in updating mine if there is an improvement and its an easy swap
by Corky
I'll be up there tomorrow collecting one of my cars, so I'll ask him if I can take a photo.

If your tastes are a bit more max power than max value, you could have these :- 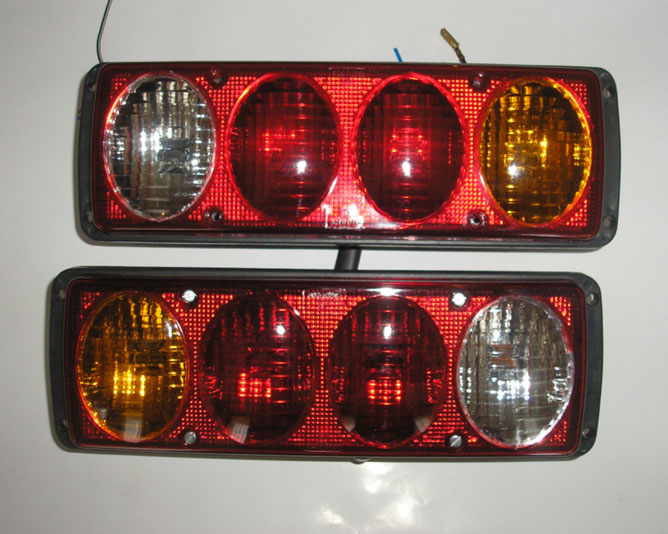 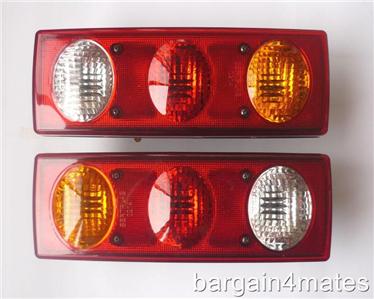 by SimonR
Hi
Very interesting - look good but are they e-marked? and you would have to add rear fog lights as no fog guard included.
by Roger Pennington

I've always thought on the 6 and particularly the 8 the Hunter lamps look a bit "Parts bin", squarer ones should be better, but it depends how much butchery you have to do.

On a nit-picky point of detail

, the Hunter lamp clusters were the ones on the Se5 (without integral reversing lights). The ones on the Se5a, Se6/a/b and Se8 were also used on some TVRs, Aston V8s, and Jensen Healeys (and possibly other low volume/kit cars). They are pretty strange in not placing the indicators on the outside, something done by virtually all major manufacturers (the "Hunter lamps" had the indicators on the outside) - in the outer position they are much more visible.
My theory is that the later lights were originally designed for a commercial vehicle application where they would be mounted vertically - the position of the lights then makes sense, as does the moulded-in writing on them, which is sideways when they are mounted horizontally. Some years ago I spoke to Lucas about them, and the only other vehicles they were able to tell me about that used them were the ones mentioned above. Perhaps they found a way to recoup the costs of some aborted project?

....Roger
by guardsbrigade
They don't look bad at all,are they sold for trailer applications?
by Roger Pennington

and you would have to add rear fog lights as no fog guard included.

Simon - If your car is a 6 series or GTC, then it should have rear fog guard lights fitted (separately, under the bumper).

....Roger
by Corky
These lamps are basically generic units for trailers, trucks, vans and caravans. It's a lucky fluke that they are practically the same dimensions as the Scimitar ones. The lamp in the bottom picture looks very much like the one on my neighbour's caravan.....

I don't know if they're CE marked. I can't see why they wouldn't be though.

Roger, it's always seamed a bit odd to me that the indicators aren't on the outer edge. I think you've just explained why.
Many old coaches have very similar combination lamps that are positioned vertically, so perhaps that's where they were originally destined.

Steve
by scimjim
they may not be CE marked because not all trailer lamps contain a reflector (hence caravans often have seperate triangular reflectors) - which are mandatory on the rear of a vehicle.
by Corky
I'm no expert on this subject but my understanding is that CE refers to European Conformity (Conformité Européene). For vehicle lighting this can be for bulbs, lenses or reflectors.

For a car made in the 70's, I can't see that the CE mark would be applicable at MOT as surely the originals are far too early for this specific piece of EU interference.

Hopefully I will have a photo of the install when I've been over to Buxton later and will see if they are marked. I think you'll all be surprised at how good they look in situ.

Steve
by guardsbrigade
What mods are needed to fit these Steve.losing the dodgy spring bulb holders on the originals would be very worthwhile.
As far as the fogs go,they would be better in the original place anyway,otherwise the bumper cutouts would look a bit odd empty.
by philhoward
I thought rear lights were supposed to be "e" marked (e11 rings a bell) - CE marking is a different kettle of fish..
All times are UTC+01:00
Page 1 of 13
Powered by phpBB® Forum Software © phpBB Limited
https://www.phpbb.com/