Ah - you’re using a BMW pedal? In which case ignore me

Getting there, it’s impressive stuff and your pushing the envelope, so incredibly well done.

Thanks Mikey, Im pretty sure the crack in the bell housing is due to the propshaft being out of balance, I accidentally managed to split the front half from the rear, dad took it back to them and he quickly threw it back together and said if it wobbles flip 180. We did mention this to Wayne and when he started hitting north of 100 mph on the dyno we just assumed he was happy with it, afterwards he said you might want to check your prop

so yeah a prop out of balance at 130 would do some damage to some already shitty welds.

this time its going to the new fabrication guy who done all of he welding in the last 12 months.

Is the prop out of balance or out of phase DC?

Propshaft dropped off for balancing, this time im painting a bloody big yellow line down both halves

Dads spent a few days focusing on detail, Wayne commented that the boost was building slowly and albeit we have a boost leak between the plenum and the runners its not significant enough to cause that. At first we thought the timing might be out but on inspection its correct, dads sorted the crank sensor mount so it definitely wont be flopping about at high RPM: 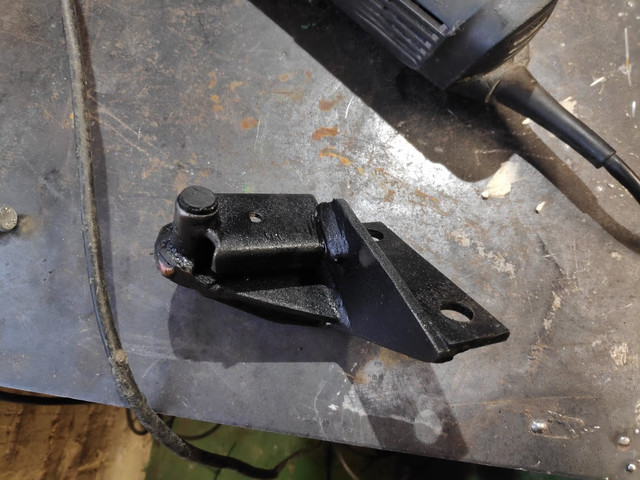 hes also spent quite alot of time focusing on the gearbox and clutch slave, he has taken plenty of measurements and we will be making a jig and starting over due to the damage caused by the prop shaft which has since been balanced and they have confirmed that it was out by quite abit which is promising. One odd thing I found whilst stripping the cold side down was that the inlet ports were abit oily and there were some small puddles of oil at the base of the runners only, the top of the runners and plenum are dry along with the turbo, intercooler and all of the boost pipes. We have good compression at 180psi across all four and the head was rebuilt not so long ago and would have had new valve stem seals at that point, ontop of all that the breathers are clear and there were no signs of anything odd at the catch can breather, the plugs are nice and dry and the exhaust was not smoking so im open to suggestions guys. 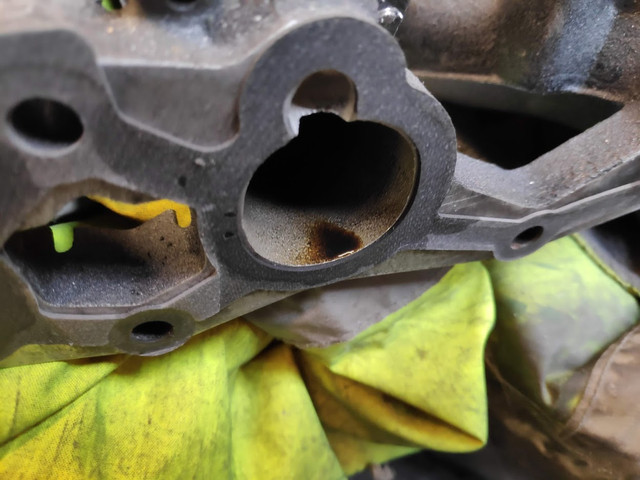 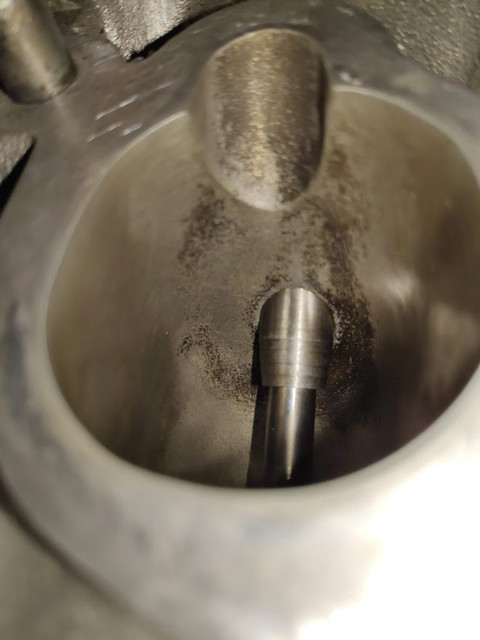 There are probably going to be a few weeks between updates as we wait for parts and machine work to be completed.

Could be a restricter is needed in the turbo oil feed.

If itsba ball bearing turbo will defo need a restrictor or will bugger the seals with too much flow. Got mine from turbo dynamics iirc

Sorry I should have said we already have one fitted, I spoke to Turbozentrum and bought one at the same time as the turbo based on DET oil pressure.

How much running has engine had? Could be a little blow by oil getting past the oil control rings as bores arent fully bedded?