Kevin Osborne is the Noggin Secretary who can be contacted at kevandsar@ntlworld.com

Welcome to the Hants/Solent Noggin

The Hants/Solent Noggin has been in existence since the mid/late 1990s and we still have a number of Club members who were at its creation, including myself. You can probably deduce from this that our membership has a wealth of knowledge, ranging from basic fettling and servicing through to major rebuilds and restorations. Like many other like-minded Club owners we are always here to give advice and guidance to those new and not so new to the world of Sabres and Scimitars.

The Noggin is also a good place to ask for advice or help on spare parts for our cars as it is not uncommon for someone to have that ‘difficult to find’ part that you are missing sat on a shelf in the garage!

The Noggin members have all types of Sabres and Scimitars, from rally prepared examples, daily drivers and also Concours condition cars, so please do not put off a visit to the Noggin if you think your car is not good enough as all are welcome!

We are a friendly bunch of around 15 regular members with a range of cars from early Sabres, Coupés, SE5-series, SE6-series and GTC cars and a few members have, over the years, owned cars from the Small Sports range as well.

We meet on the second Tuesday of each month at The Blue Bell Inn, 29 South Street, Emsworth, PO10 7EG, which is quite easy to get to. We generally have Scimitars attend, but the numbers vary depending on the time of year, so if you don’t wish to or cannot use your 'classic' then please come along anyway and make yourself know.

Hants/Solent Noggin members attend a few shows in Hampshire and also further afield in neighbouring counties, sometimes meeting up with other Noggins to swell the numbers and enjoy a day out with some healthy banter!

We also incorporate camping weekends around some of the shows, so if you have a tent, caravan or motorhome, you will be in good company.

A number of Noggin members also attend the Silverstone Classic in July and the RSSOC National 'ScimFest' weekend at the Curborough Sprint Course middle of August.

This listing will be updated frequently so please check regularly 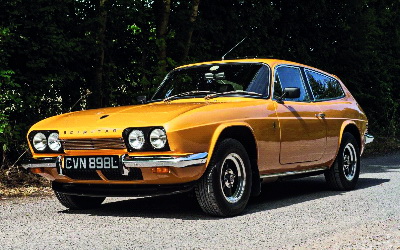 KO. 1973 SE5a.  Owned since 1994 and has been extensively refurbished/resprayed during this time.  RSSOC Concours champion in 2008. Featured many times in the Classic motoring press. 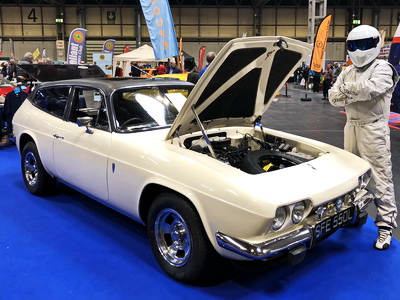 BB. SE5a 1972. Owned since 1998 and a rolling restoration since; been worked on all over and finished to what I like in a car. Still doing bits and pieces – it never stops as you always find a bit more to do. 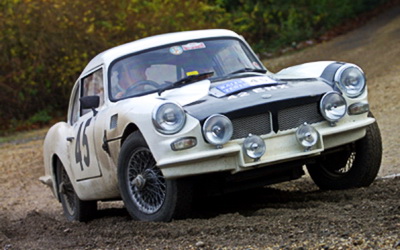 JV. 42 ENX 1703cc. Built Oct 1962. Ex-works Rally Car. One of the rally Sabre 4 cars prepared by the Reliant Competition Department for the RAC, Monty Carlo and many others. Been in the same family ownership since 1981 to present day. 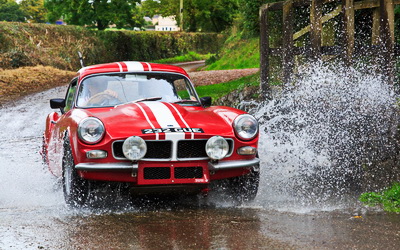 CG. Ex-Chris Browning and Don Pither Sabre Six, with an extensive privateer competition history (rallies, sprints & hillclimbs) from the late 1960s to present.  Largely original and unmolested, with matching numbers. Still used and enjoyed regularly on events in the UK and abroad. 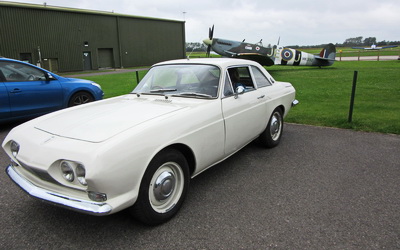 JW. Our family Coupe NRK 462E at Goodwood on the day I went on a flight in a Spitfire. The car got almost as much attention as the plane! 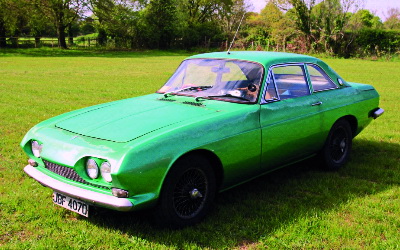 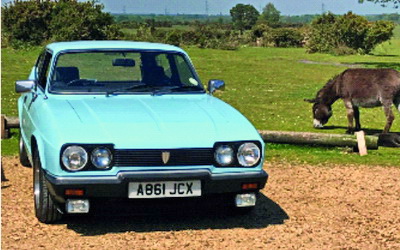 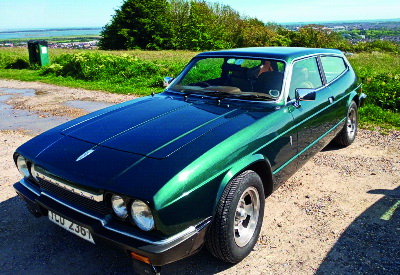 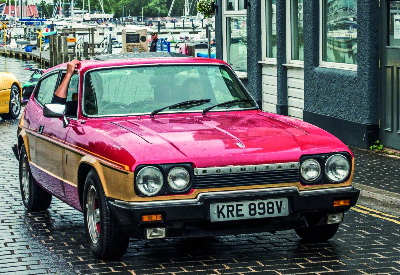 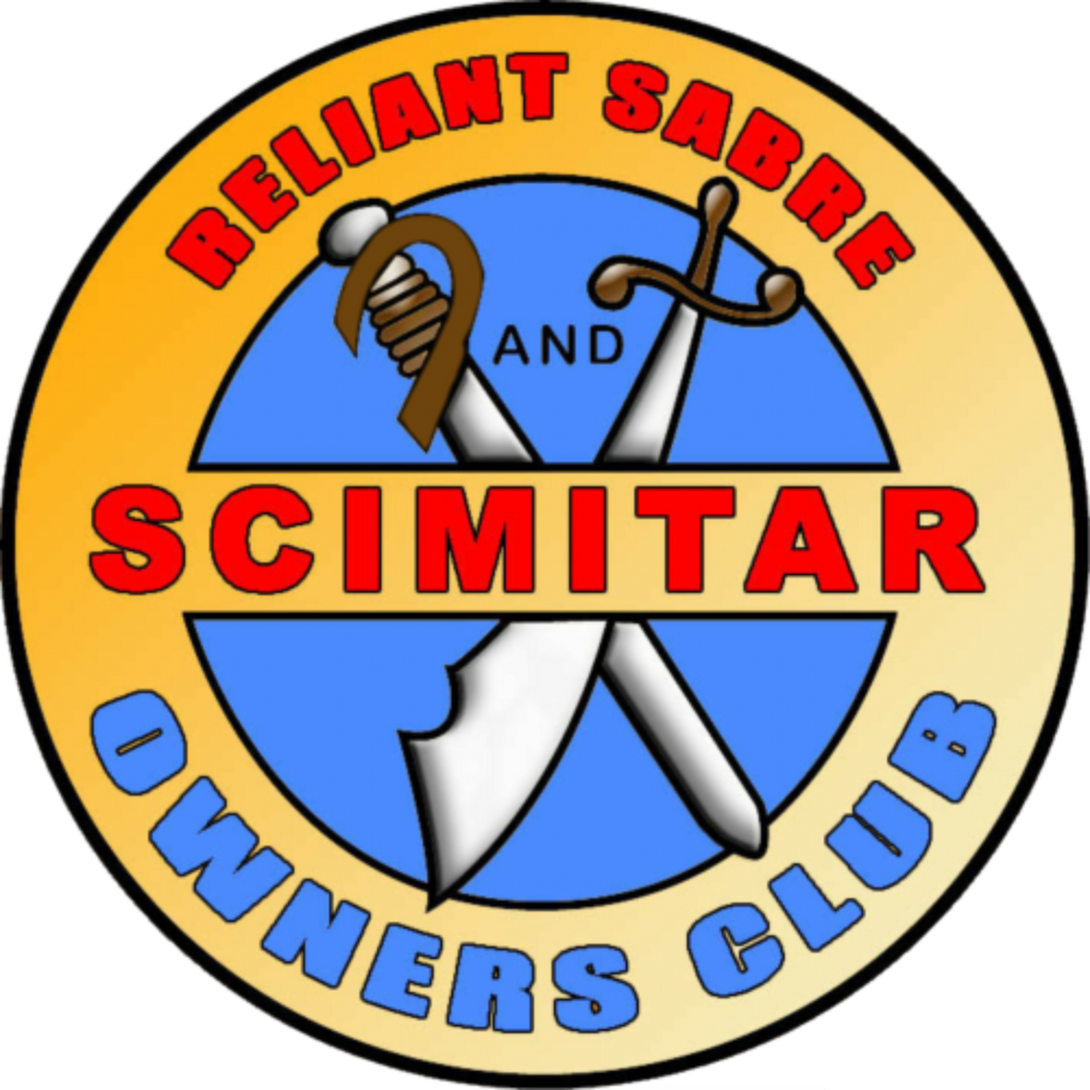