I thought it would be worth while creating a build thread, Since Curborough 2017 we have been building the Coupe/ SAAB/ SE5 thing... (search the coupe section) for sprinting and just for a laugh, it became apparent that we would most likely end up in Sports Libre with it hence I would need a Race national A licence to drive it. Given the Coupe thing is around 12 months from completion I thought I best get on with obtaining that National A licence, the quickest route I thought was to buy an 1800ti hence I bought a car a few weeks back in order to go sprinting. The first proper outing planned is Scimfest next month so time is a little tight, given the car has not had a valid MOT since 2013 we knew that it would need some attention in various areas before it could be used in anger. Having viewed the car and driven it on private land first impressions were good, the bodywork is a little tatty but the interior is in good condition and several improvements were already present such as, 15" wheels, GW vented brake kit, blow off valve removed, K&N filter, spax up front and AVO's without adjustable seats on the rear along with a club roll hoop, boost gauge and turbo timer, braided brake lines. preparation for the mot only required unblocking the windscreen washer jets, fiddling with the brake light switch and replacing the drivers side indicator housing so only a few hours of fiddling and it passed first time. once that was out the way the next job was to take it for a blast and find out what else needed attention. the first fault and quite a major one was the clutch slipping badly, other than that it was evident that the suspension bushes were shot and the brakes a little wooden, not a problem as all of these areas were to be upgraded anyway. Also the turbo was a little smokey when off throttle.

Even with the above faults I have fallen in love with it already and I can see the SE6 collecting dust in the very near future. The first job was to pull it apart and take the engine and gearbox out, this only took a few hours and within a day the clutch had been replaced with an Exedy uprated item, this should support 250bhp. The original clutch looked like a cheap standard item and not OEM so I am not surprised it was slipping, the original flywheel was in a very bad way with cracks, corrosion and clear signs of excessive heat transfer, luckily I had a spare on hand from the restoration project sharing the driveway at the moment. a few bits have been de-greased cleaned and painted, the next jobs are re-inforce the wishbones and trailing arms and polybush everything, fit the new brake discs, pads and shoes, fully flush and bleed with dot 5.1. I have also sent the Turbo away to price up a rebuild, it most likely just needs seals as there was no play in it and the wheels and housings are in good order. beyond that:

Moved to project progress for you Daryl. 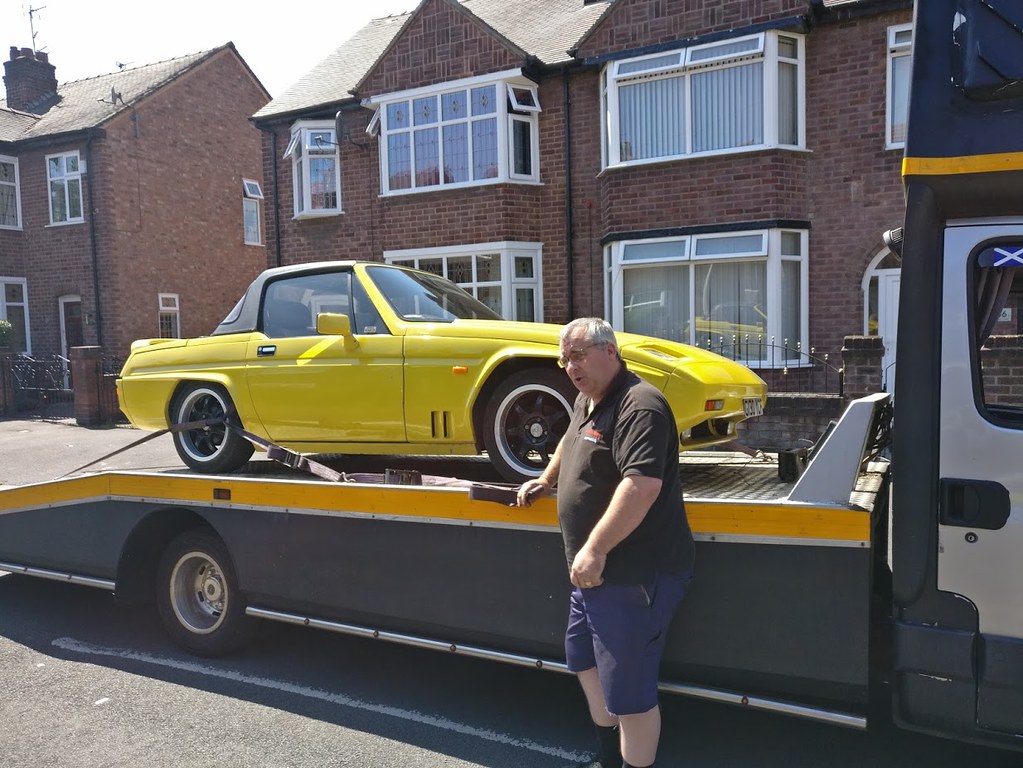 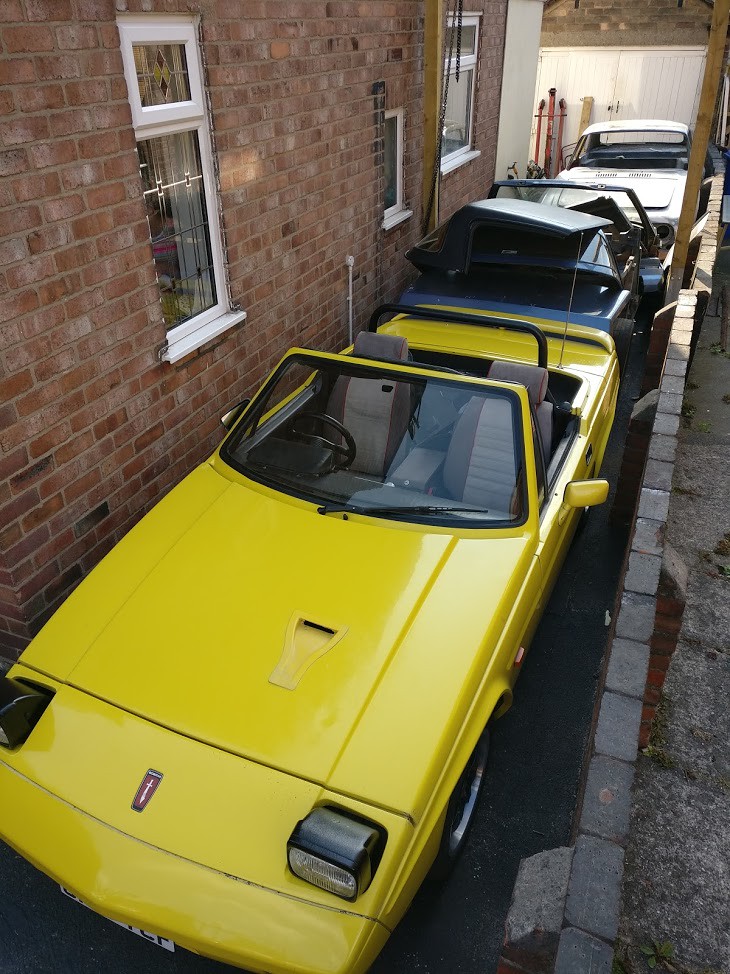 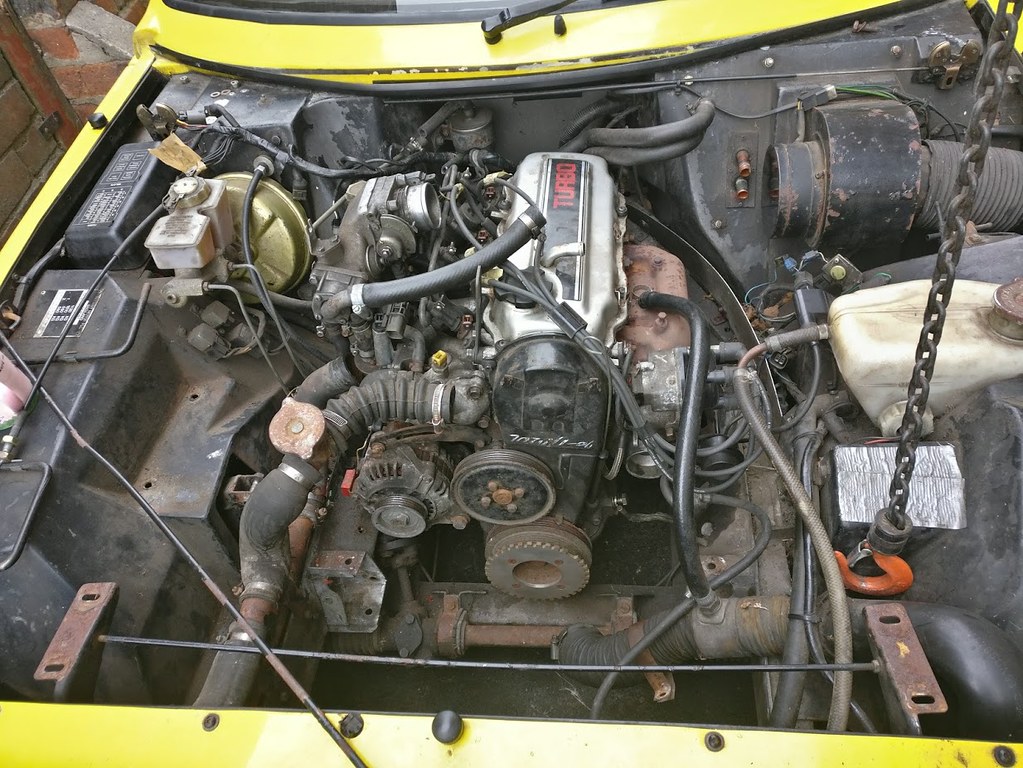 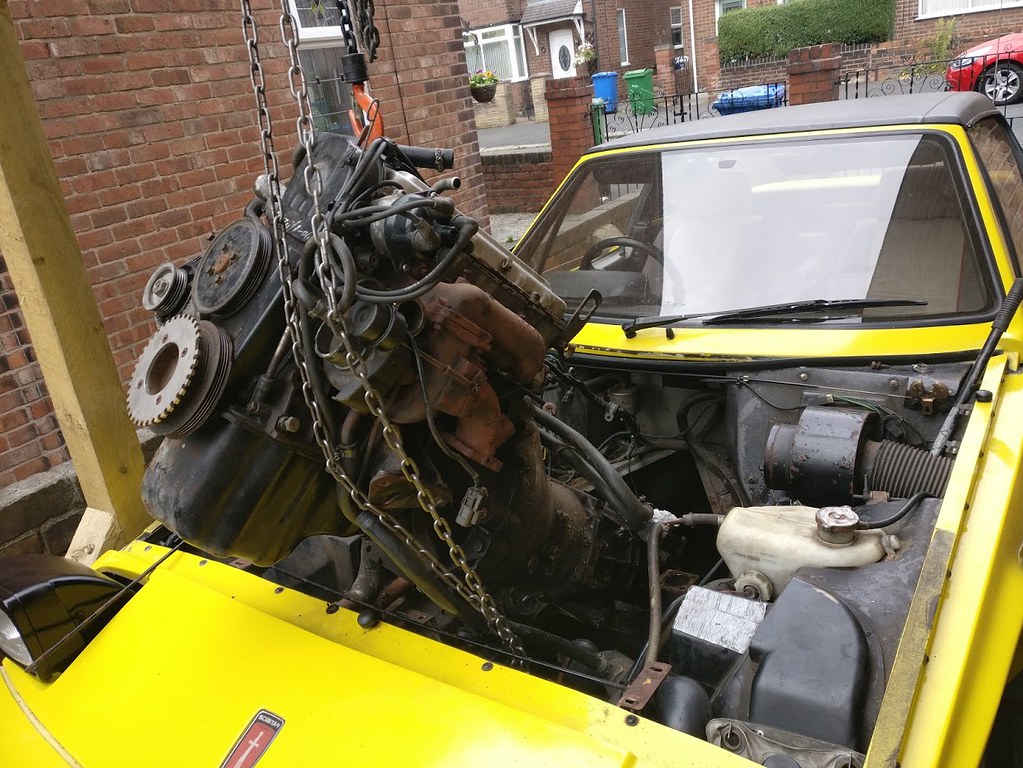 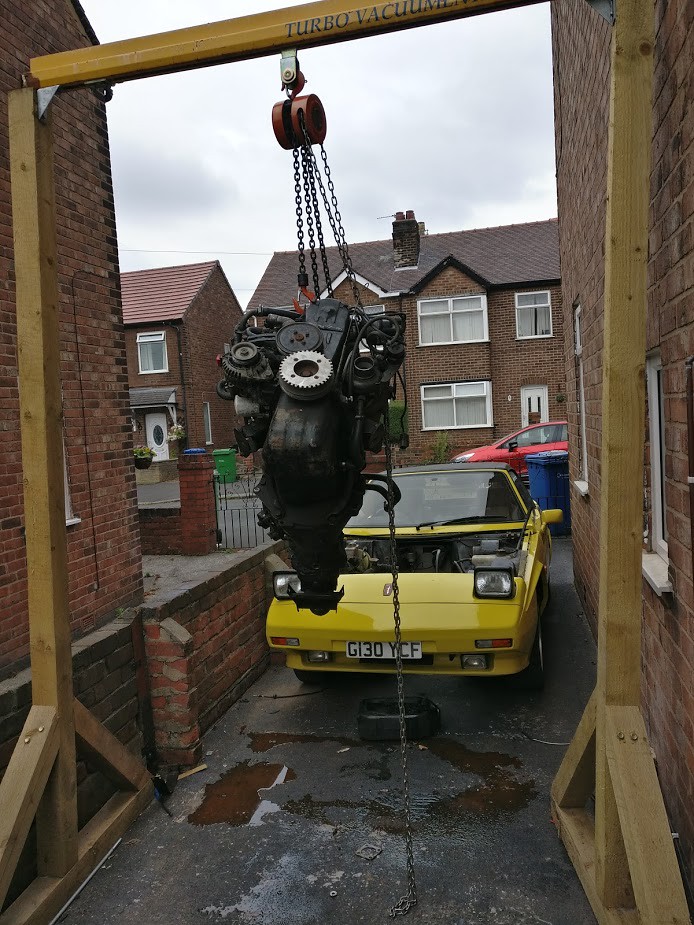 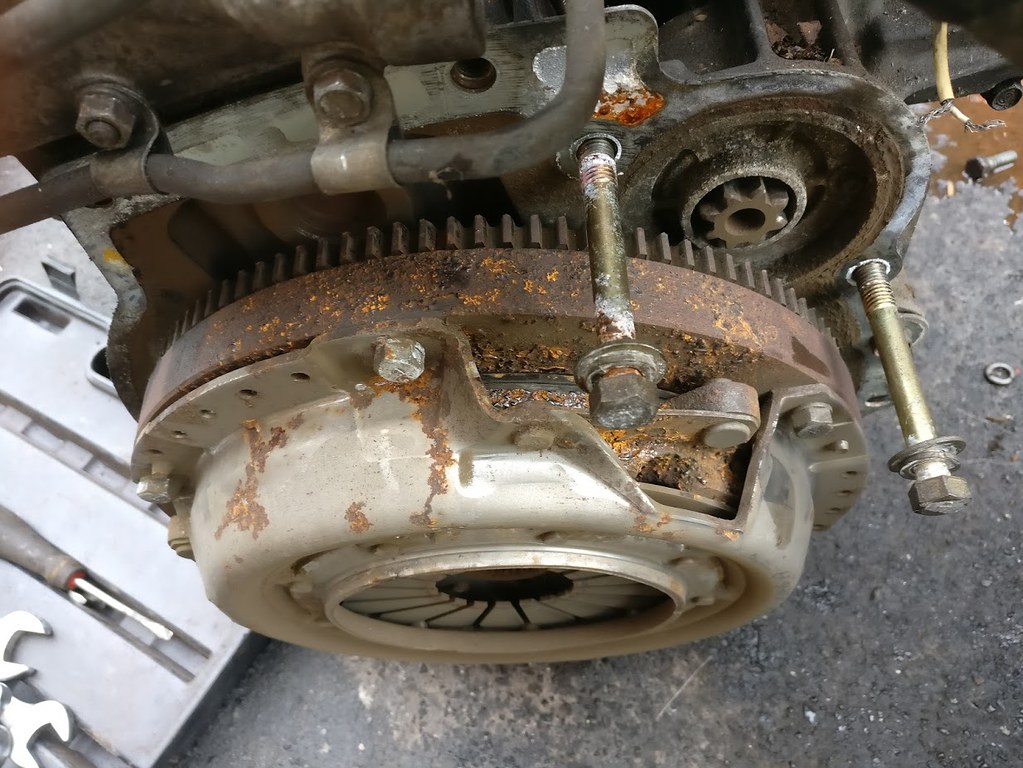 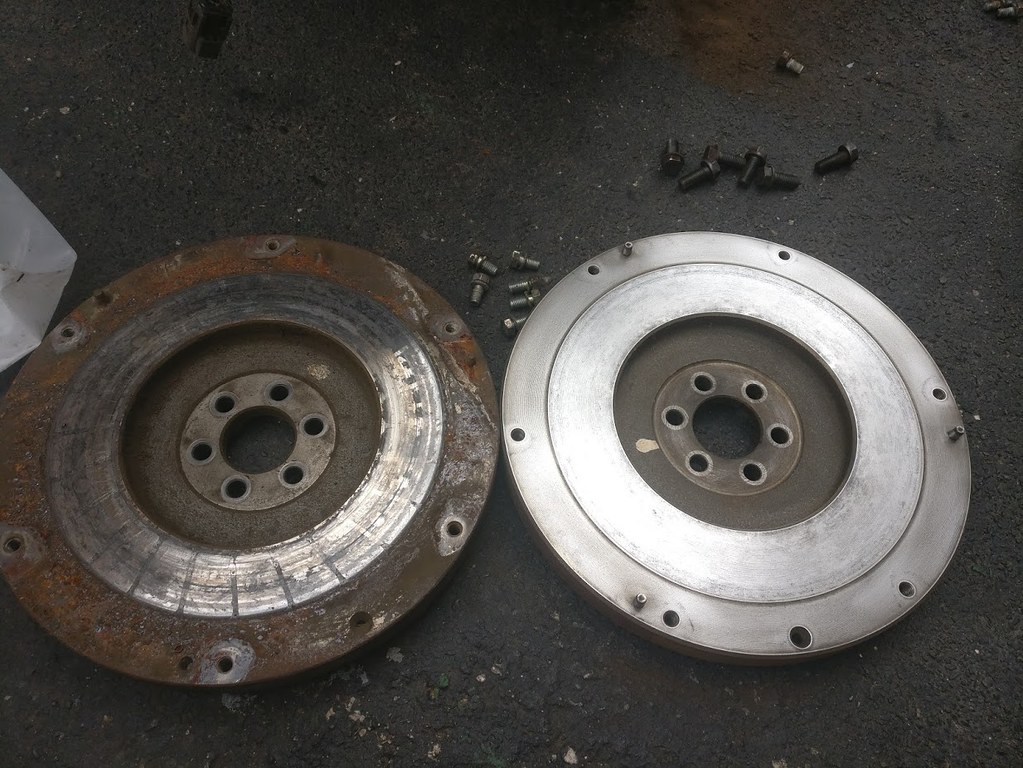 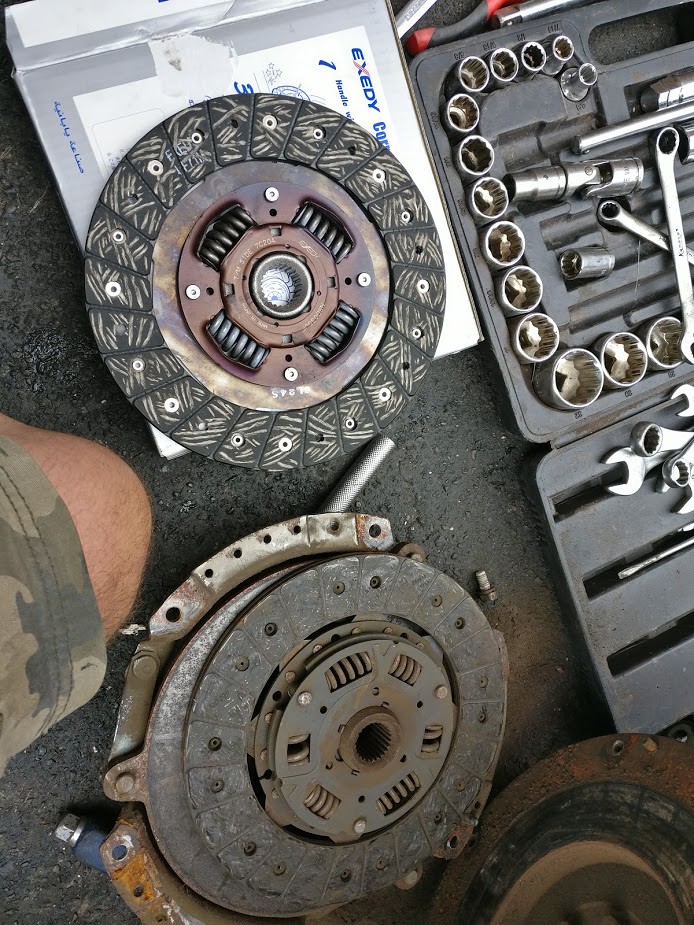 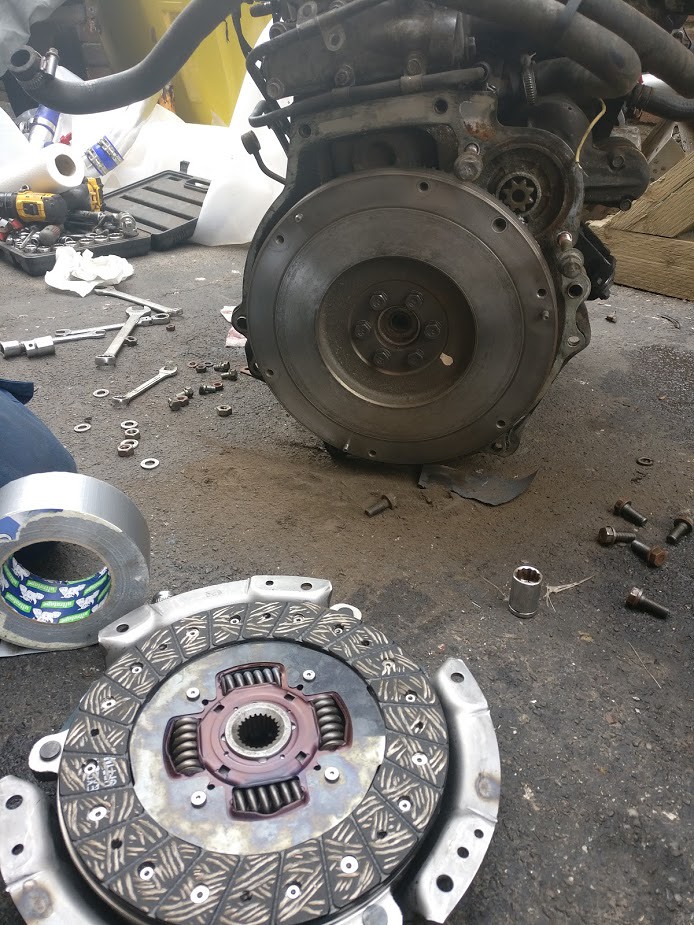 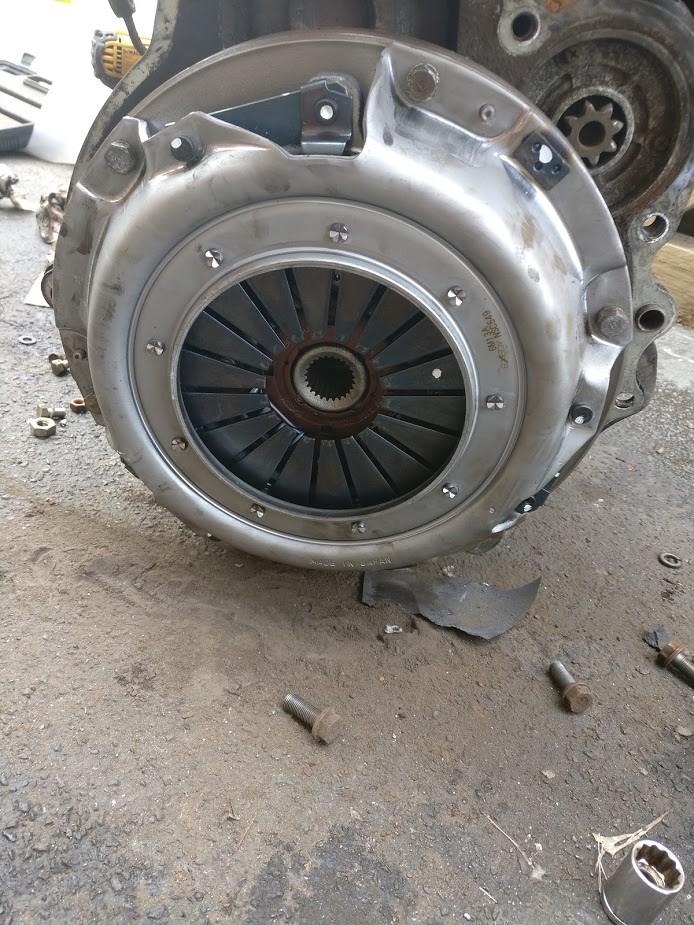 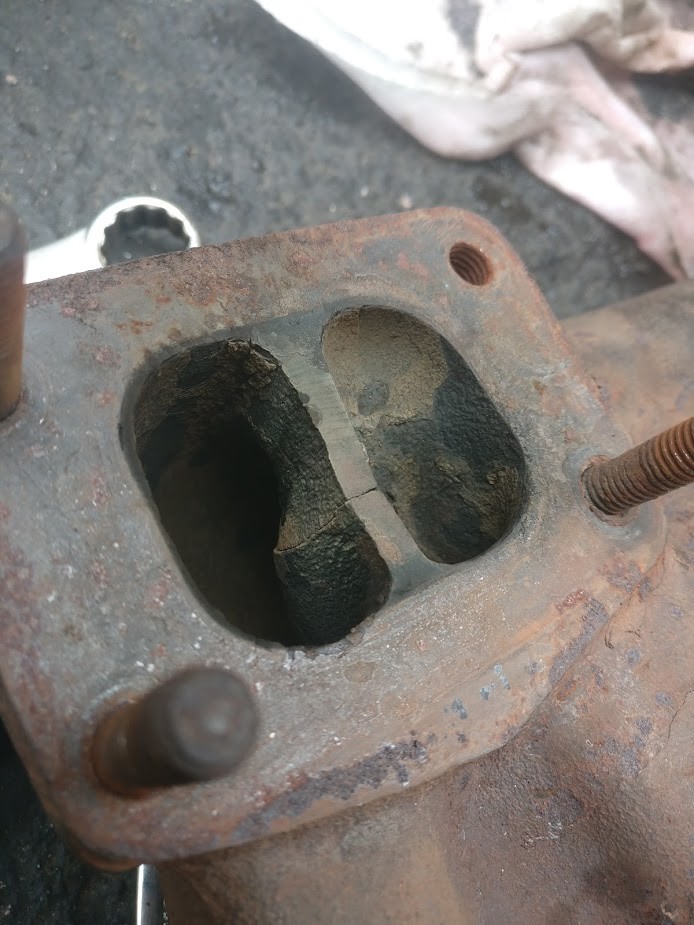 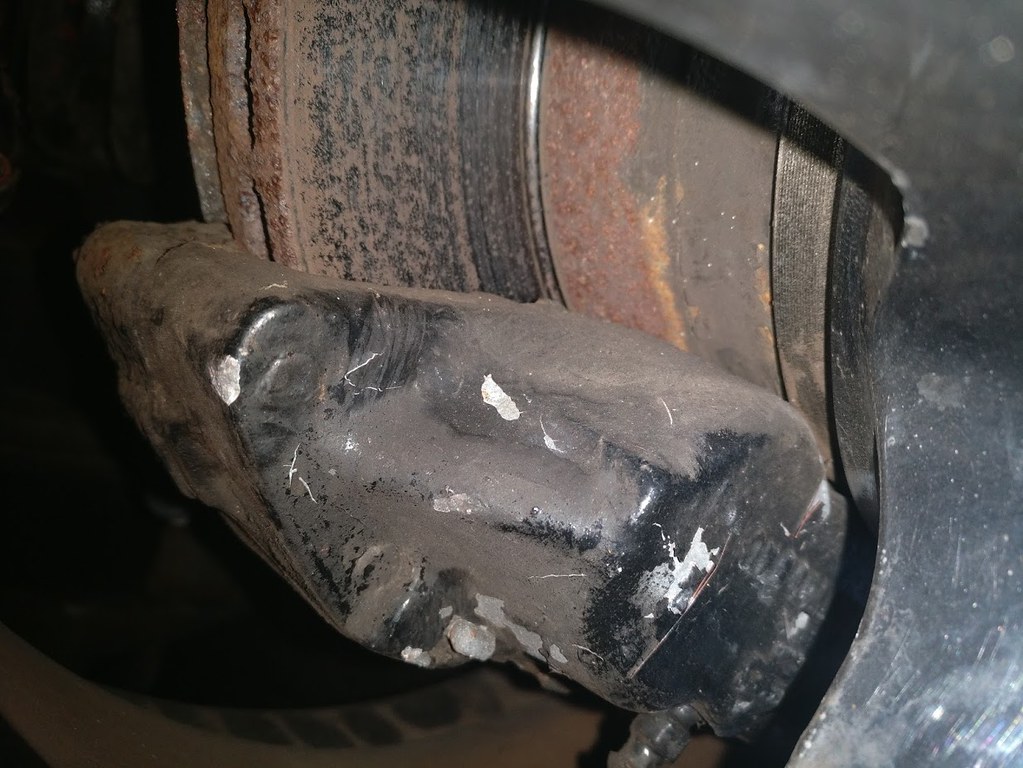 The coupe thing summary in a few pictures... 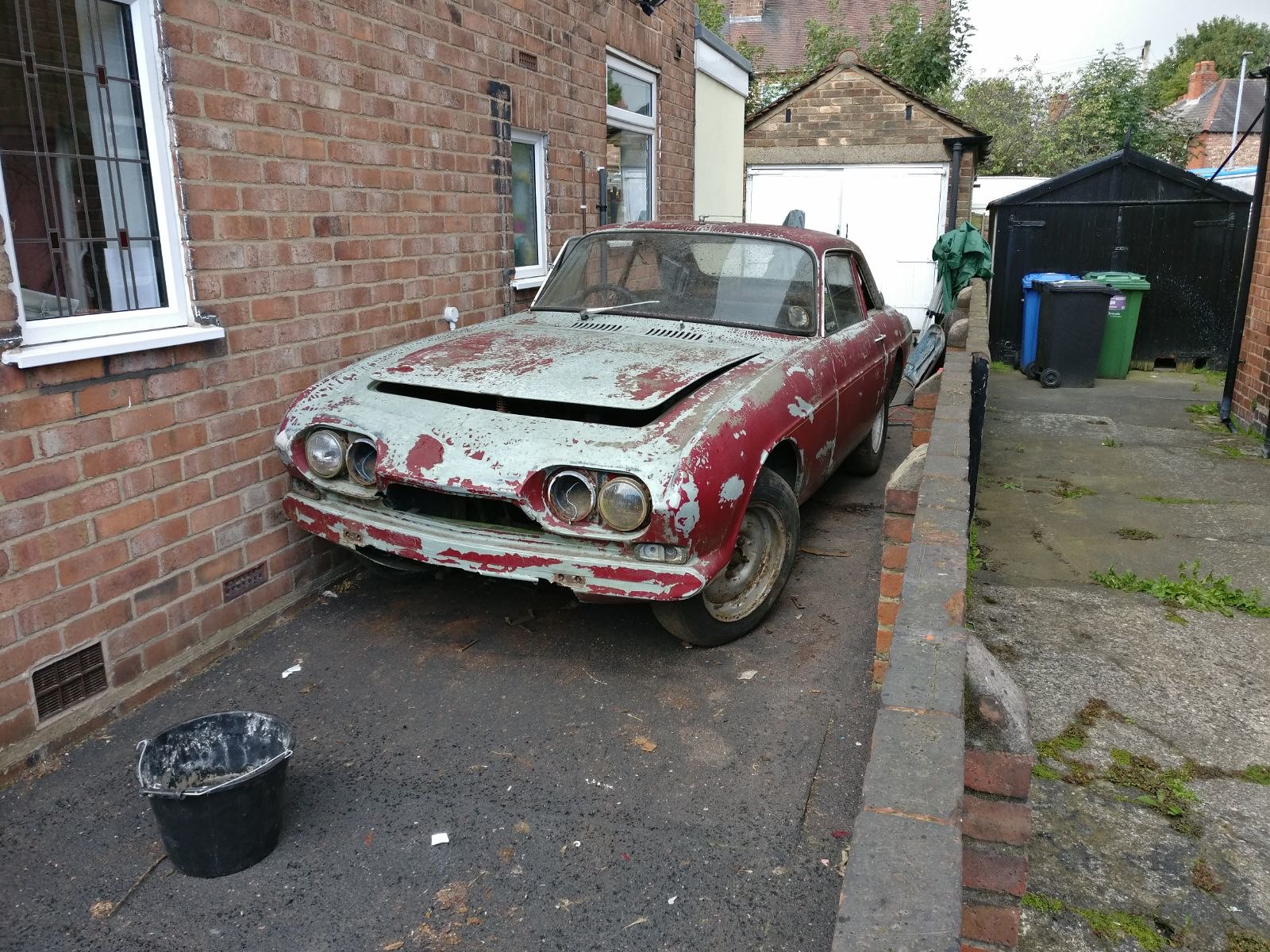 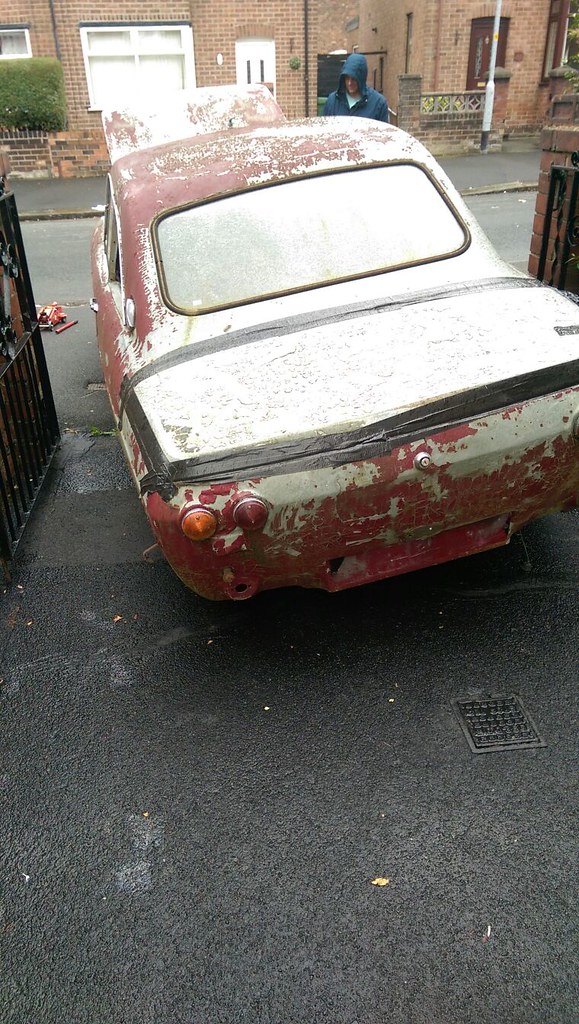 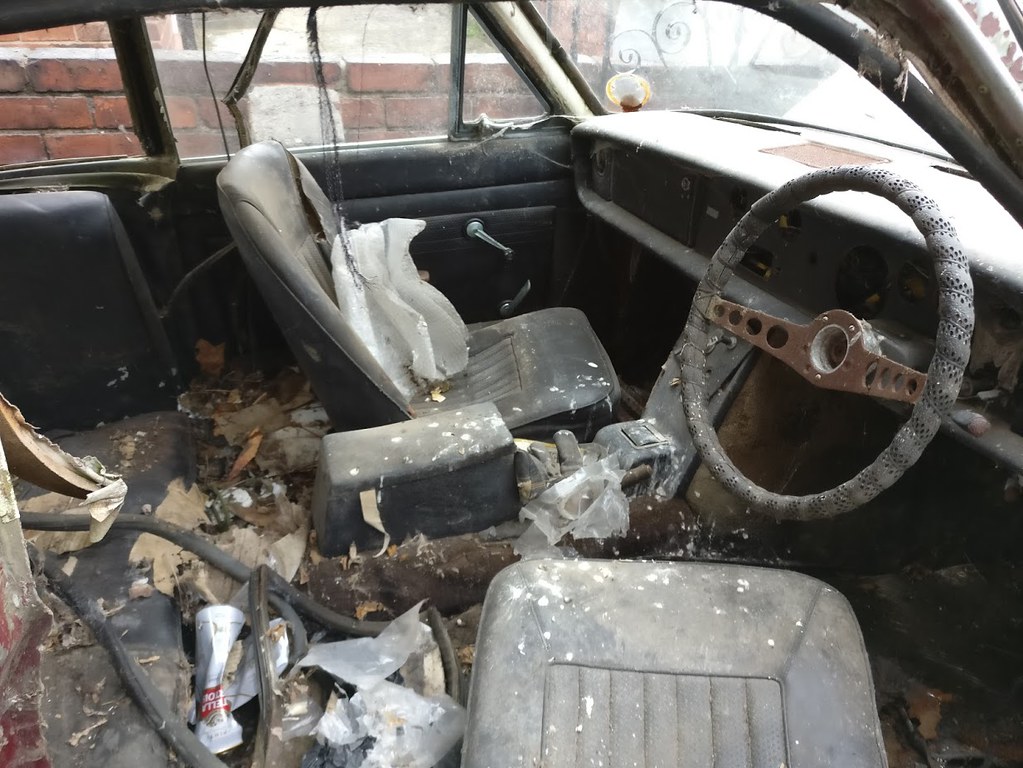 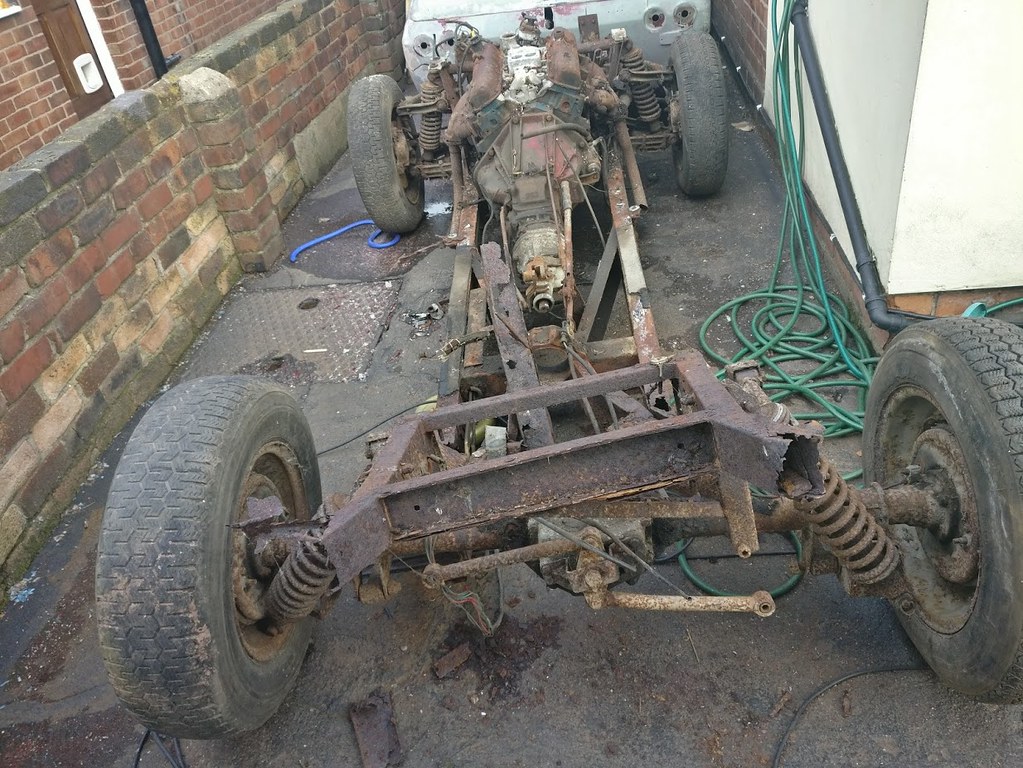 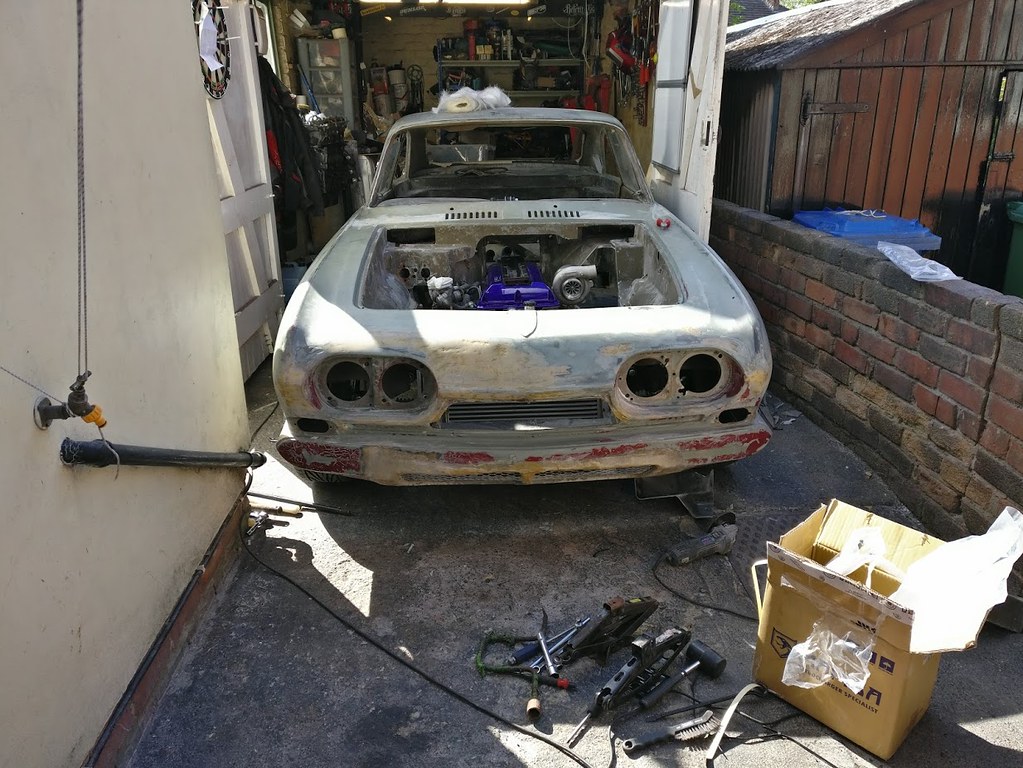 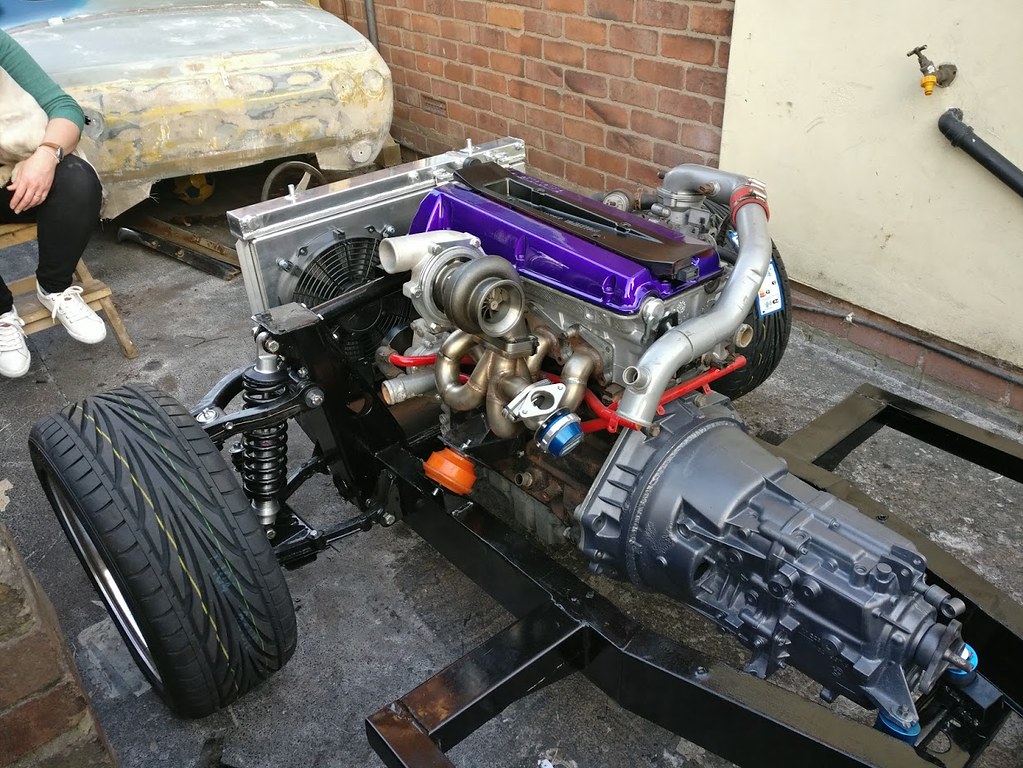 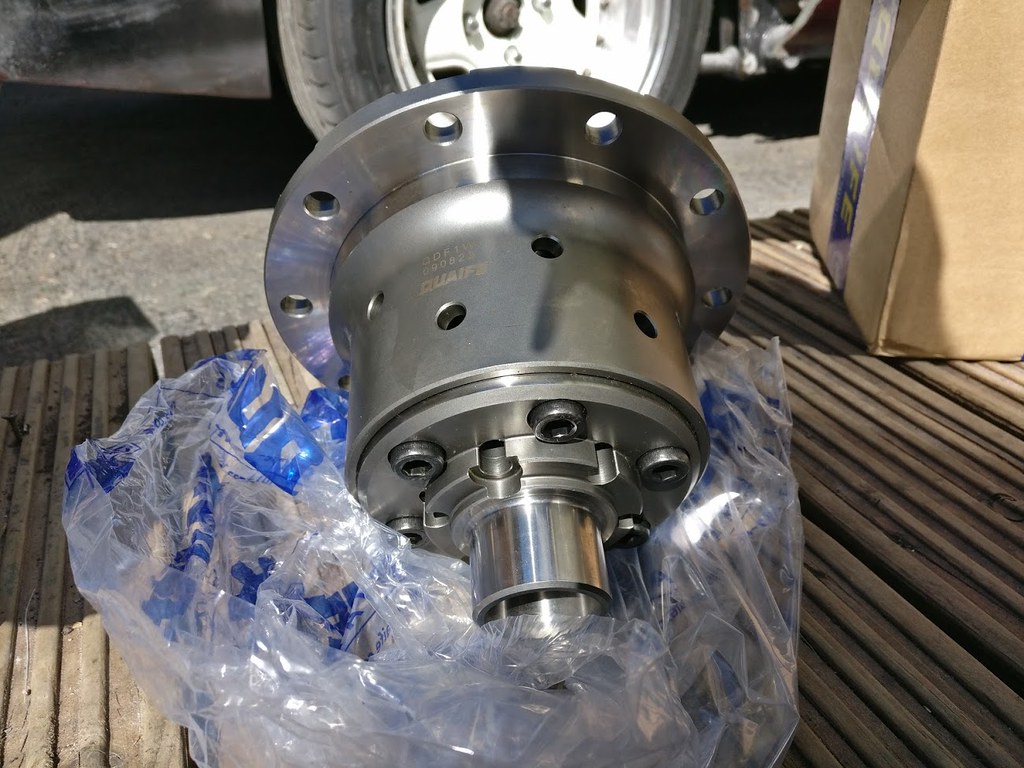 Why has the Ti got a trigger wheel on the crank?

I got excited about that too, unfortunately it has a standard ecu so it must have been part of the cars past. I can only assume it was running a stand alone ecu hence the trigger wheel.

I have a toothed pulley for an ET

Does the white dot on the flywheel centre have any significance?

A little bit more done tonight, front wishbones strengthened and bushed. Those stainless collars make for interesting fitting dont they! Steve actually managed to destroy the bench vice so I had to pay a visit to machine mart

next steps are clean them paint them and fit them: 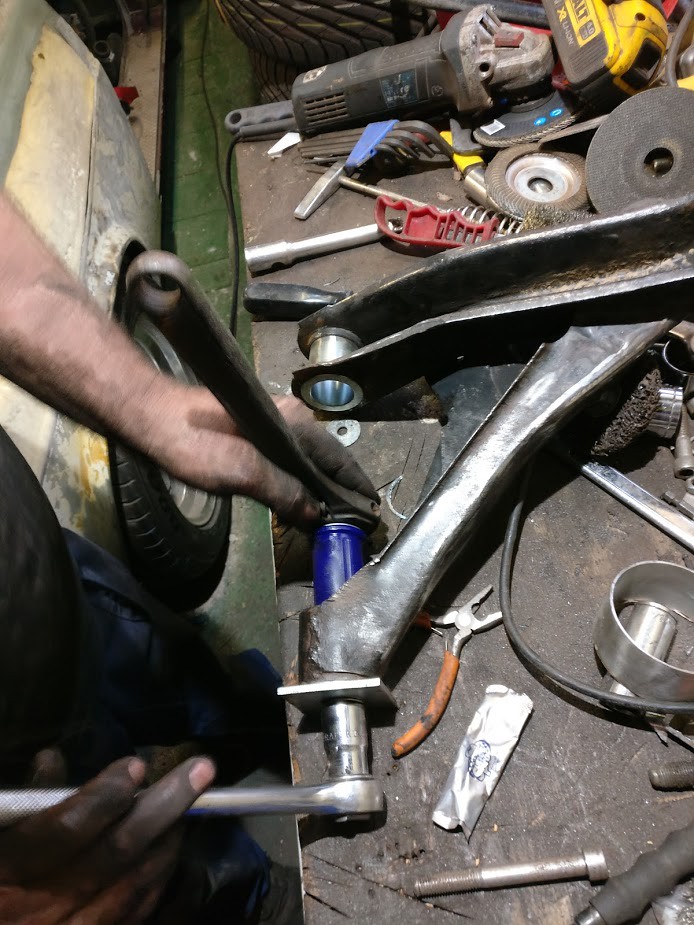 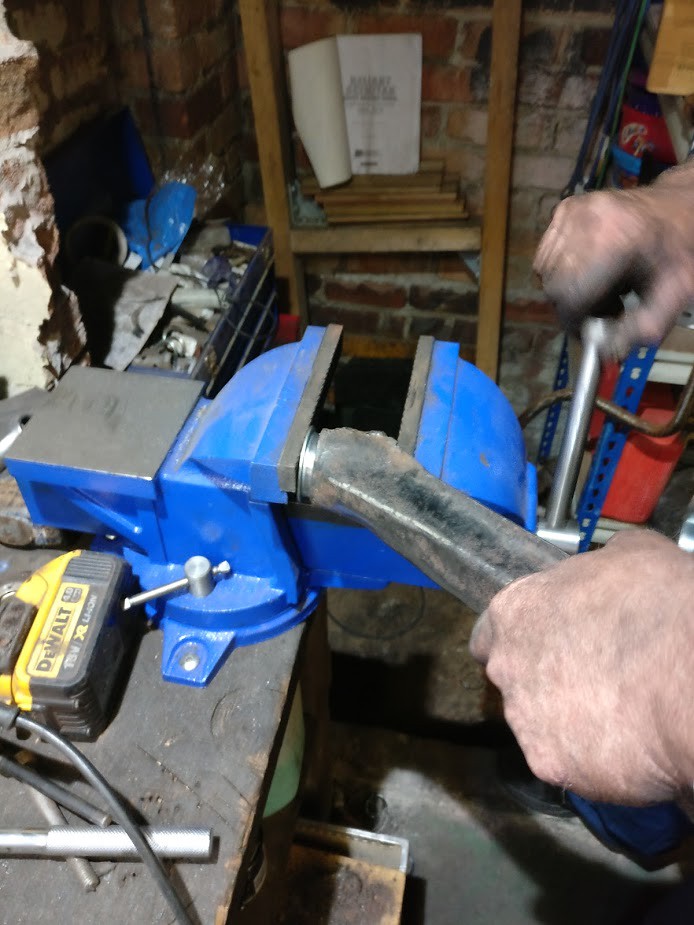 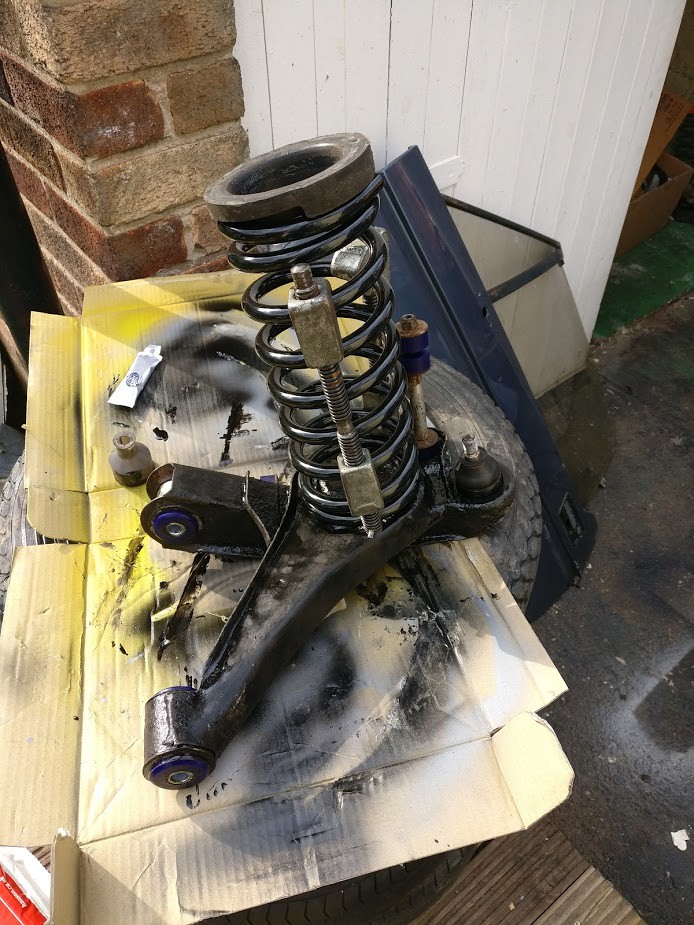 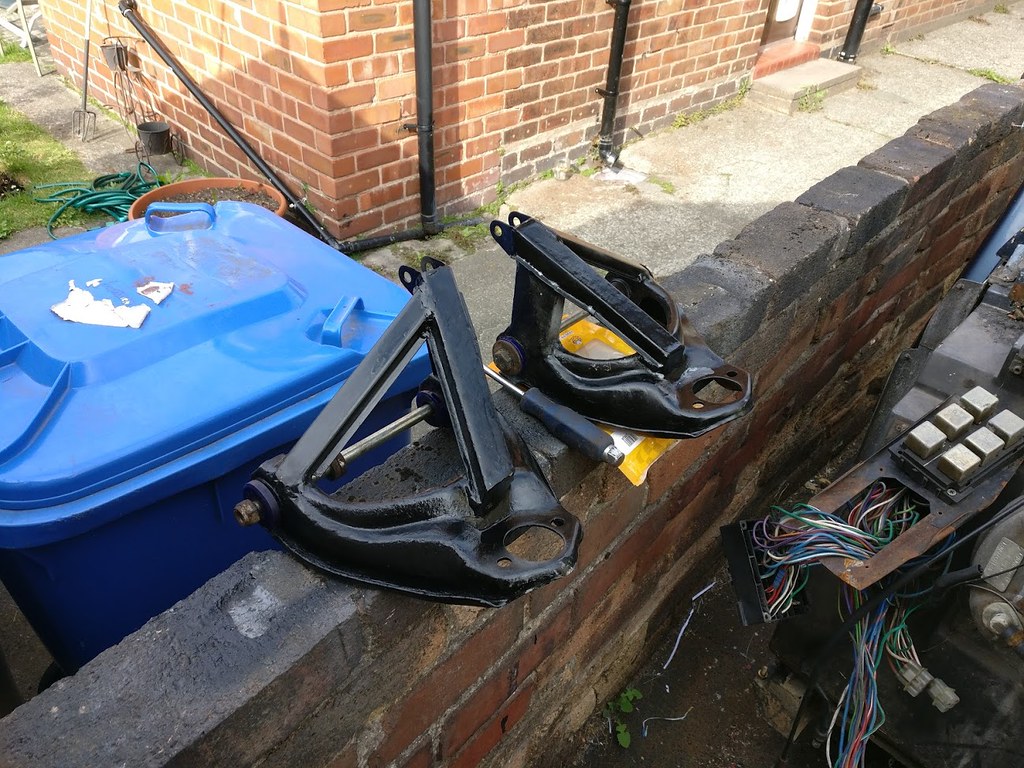 Blimy you don’t hang about

Cant afford to hang around.

I hope Barbara doesnt see this. She will want to know why I spend so much time in the garage.

if it's not too late...
maybe you should do this to the lower wishbones.
Used in rallying Chevettes/Kadetts etc.
A hole in the centre of the added plate is a good idea to stop water laying there.