see my post on the previous page of this thread

Also, in 1988 it was still with its Essex engine. Phil converted the car to V8 1990-91. I wasn't at Lilford Hall in 1988, but was there in 1989. I've looked at my photos but none of OYT included. It was at a few other events I was also at in 1989 but my photos are a bit rubbish. I loaned my Coupe pics to Matt and haven't had them returned, so it's only in the background of other pics.

I've pics of HNR 65D too, but only in the background as same note above, so can't read number plate. The yellow paint obviously wasn't original, and was a fairly poor job. In fact the whole car was pretty rough, and as you have now pictured, lovingly restored

Coming back to the dark blue car, the ad says specifically OFF THE ROAD SINCE 1994 which is definitely not the case of OYT ...

One possibility -
Someone has started to build a copy of OYT, using even the seats from the original car.
The interior of OYT is now wine red and the wheels are not identifiable in the latest photos (2018)

Just another note on HNR 65D. Check the coupe register printed in Slice 104. It was owned by J&C Lloyd. I'm sure I remember Phil bought it from Chris. He didn't keep it very long though... a year maybe.
Guy

Re OYT - this is now getting rather tangled - are we sure it's not Russian hackers sabotaging the data?

More seriously, lets strip it back to the known facts.


Moving on to 1993 the car is pictured (with numberplate visible) participating in a rally (plaque visible on bonnet) on the back cover of Slice 132 (Picture not posted here due to Slice copyright). Caption reads "Hear the leather, smell the sound. Phil Mickleson's tidy V8 Coupe" (the photo was by John Gaisford. )

Then we have a photograph posted by yourself described as 1994, showing the car at Curborough: As far as I'm aware, this is the last picture of the car roadworthy until the present day?

Then we have the entry on V8 Church here As can be seen from the text, it's undated, but clearly after the above, as it makes reference to them. Clearly by the description, it was in need of restoration at that point. The accompanying photographs are unmistakable (note back on the posh wheels!) 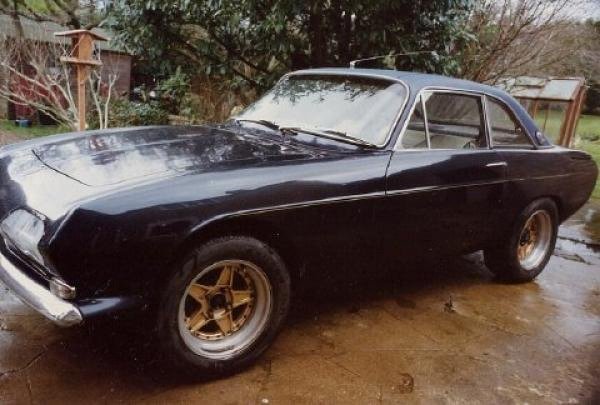 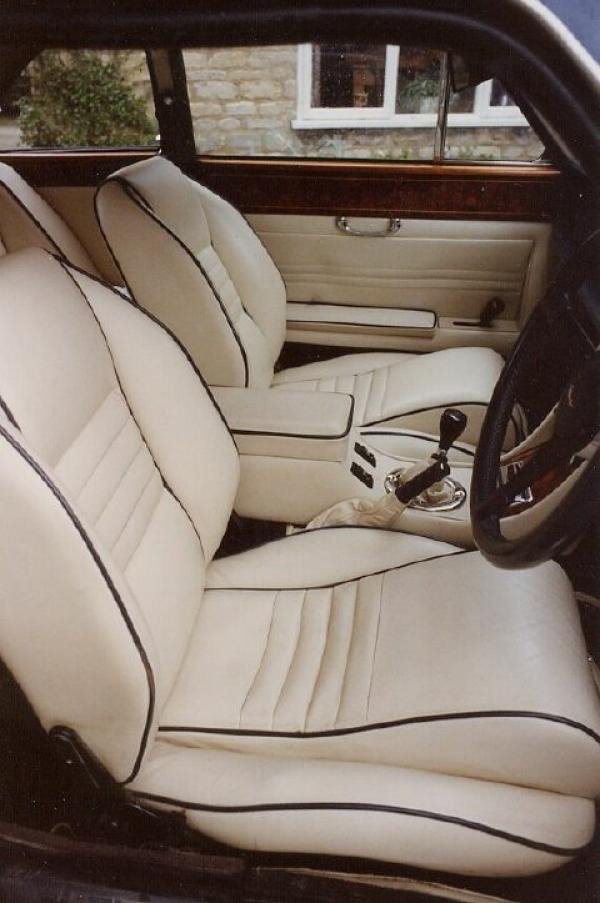 At some point after this, the car appeared for sale on Car & Classic. The ad is undated. Note that the current owner, in Jeff's slice article, says "he has owned it for the last few years, and done a lot of work to get it back into shape" - how many is a few? 2, 3, 4? So if the ad was from when he bought it, it might be, say 2014, or 2015? We don't currently know exactly, but it's not particularly mysterious?

Here's the car as currently photographed by Jeff last summer (thanks Jeff). As stated above, the current owner has done extensive restoration, which may well inclde the more tasteful interior colour.

Yes, it is unequivocally on the road then, but note that its MOT history only contains one MOT pass in 2017 - entirely consistent with a car that has been off the road for a long while and only recently (Oct 2017) completed a restoration :

Need to ask the present owner what he knows about the history and does it still have the S6 interior door handles ?

I didn’t know it was for sale. I saw it in Wrexham about 10 years ago awaiting resto.
Presumably that pic is during Don’s ownership because that’s Prescott.

Philip said it hadn’t been taxed, not that It’s unknown to DVLA (and it hasn’t been taxed because it wasn’t roadworthy).

I believe that photo was taken by Tony Heath in about 1997 or so (is that perhaps HBL behind FUG?).

I wasn't aware of the car being offered for sale either, the last I heard was as mentioned earlier. I would have thought it would create quite a buzz if it *was* for sale?

Well something was for sale in Wrexham in '16, I could have jumped a line during indexing ...
in fact the cars both sides of it alphabetically were for sale - one last seen in '86 so probably not that.
Could be FUT 269C.
The price seems very low in any case, unless it's just the date that's wrong.
Would Wrexham be likely?
I think I'll just put a large question mark against the comment for the time being

Thanks Jim - and especially Phil
It was on the list already, chassis 0554, but I didn't have a picture.

I have found half the identity of the gold car in Switzerland.
The one that was NOT Ken Tape's.
Wipers park on the right so probably an original LHD.

Is there a swiss registration check site as in Holland?
If so, there are not very many possible prefixes before the number ...
?? 370 858

As usual, I don't know the chassis number

No vin known to me, but it looks like the LHD GT that stayed at the imorter. It went t Switzerland in 2007-ish. Bought by Marcus Tanner.

)
And Markus' car which I believe is a photo from 2018.
It looks bronze rather than gold, has no wheel trims and would have to have had a hard time to end up in that condition in six years.

Hi All
I have owned BRE296D since 1982. The chassis number is 400410 so unfortunately not the first.
Originally painted golden sands it was black when I purchased it but had a number of resprays before this (gold, red, green, gold metal flake, red again then black!)
As well as the film and the front cover of Motor magazine it is in a number of other publications and is the “Tiger from Tamworth” in the article reprinted in the Brooklands Books “Reliant Scimitar 1964-1982.
The Chassis has been fully prepared ready for rebuilding and I may get onto it again next year as I am currently working on another Coupe and an SE5.
Cheers
Tim