Hello,
I'm looking for two lower wishbone arm, mine are ovalized and rusted because of bushes very damaged. I think that they are not recoverables 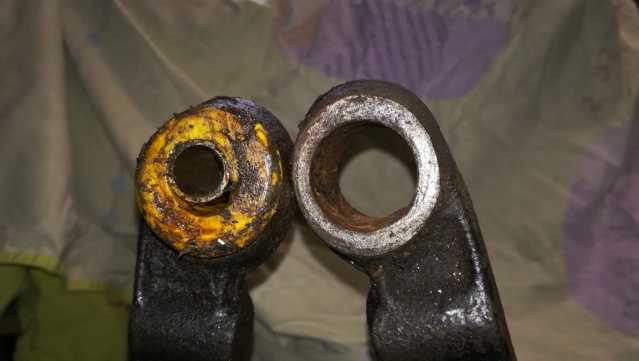 Better to be late in this life than early in the next!

AND that is exactly what happens when you fit polyurethane bushes.
IF you revert to the Original Bonded bushes for the Inner bushes I think the arms will be OK.

The original bushes were made by CLAYFLEX and last for years if not contaminated with oil, and I still have a few sets.

I`m not near my price list at the moment, but removing the yellow rubbish and pressing in OE bushes will be cheaper than replacing arms.

Hello,
I'm in France, and I'm doing some work to have a "controle technique", your MOT if I have correctly understood. I have bought the car this summer

One arm is probably salvageable (rust and very lower damage inside the hole dueto the rust) but the second is out of order, because not of that the bolt has rub on the hole but because the rust has eat the hole on the opposite, may be 1mm is missing ...
I have order new bushes and I have received polyurethane ones but in blue color. Should I risk to have the same problem ? They send me also bushes for the upper arm but they are ok (and not in yellow polyurethane), so I will not change them.
So know I think a have 2 ways now. I have to change one arm and whether I keep my poly bushes, whether I mount OE bushes. I have already changed the over side ...
What is the best choice ?

AND that is exactly what happens when you fit polyurethane bushes.

The bushes have obviously worn and deformed.

Very rare for the OE rubber to go like that, even after 30y unless oil contaminated.

Eric if you wanted JUST one arm I could ship ASAP if you tell me which is needed, and where to?.

Hello,
This morning I had a look to the arm again. There was plenty of metal mixed with rust and I felt like wrecking metal with a screwdriver. I think I have to remove some material. You can see on this photo un exemple ou metal and rust mixed.
What do you think about it ? Is the best way to change this part ? 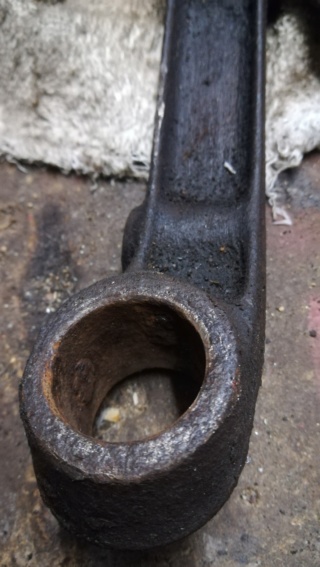 This is the front arm, on right side, I can read this reference : 213628 SDF18, and my car has power steering (I think this is important to choose the right part?)
Mark, I send you a PM

Eric the inside should clean out OK to accept whatever bushes you decide re fit.

you can use something like this to clean it out. will be good as new. I would also go for rubber bushes for the bottom. 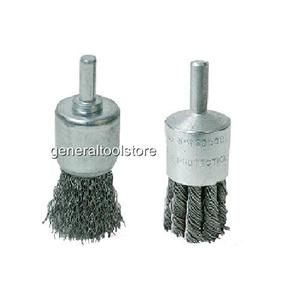 Hello,
In fact the interior was so rusted that when I have removed rust , I have removed in the same time some rusted steel. It's not easy to see it on the photo ... The hole is not perfectly circle but a little bit ovalised. FinalyI thing I will clean it ok, and set a new bush, even if the hole is a bit ovalised ... Thank you all for your advices