Discuss and exchange views and technical information about our cars.

My SE5a hasn't been on the road in many, many years and had been the subject of much amateur rebuilding before being laid up. I'm in the process of refreshing pretty much everything and keep finding the results of poor or incorrect assembly of bits.... split pins missing, loose bolts, incorrect component order etc. silly stuff.
My latest task is to strip and reassemble the lower trunnion bolts to get the clearances and assembly right (bolts were turning in trunnions previously) and in the process of doing that I discovered this - 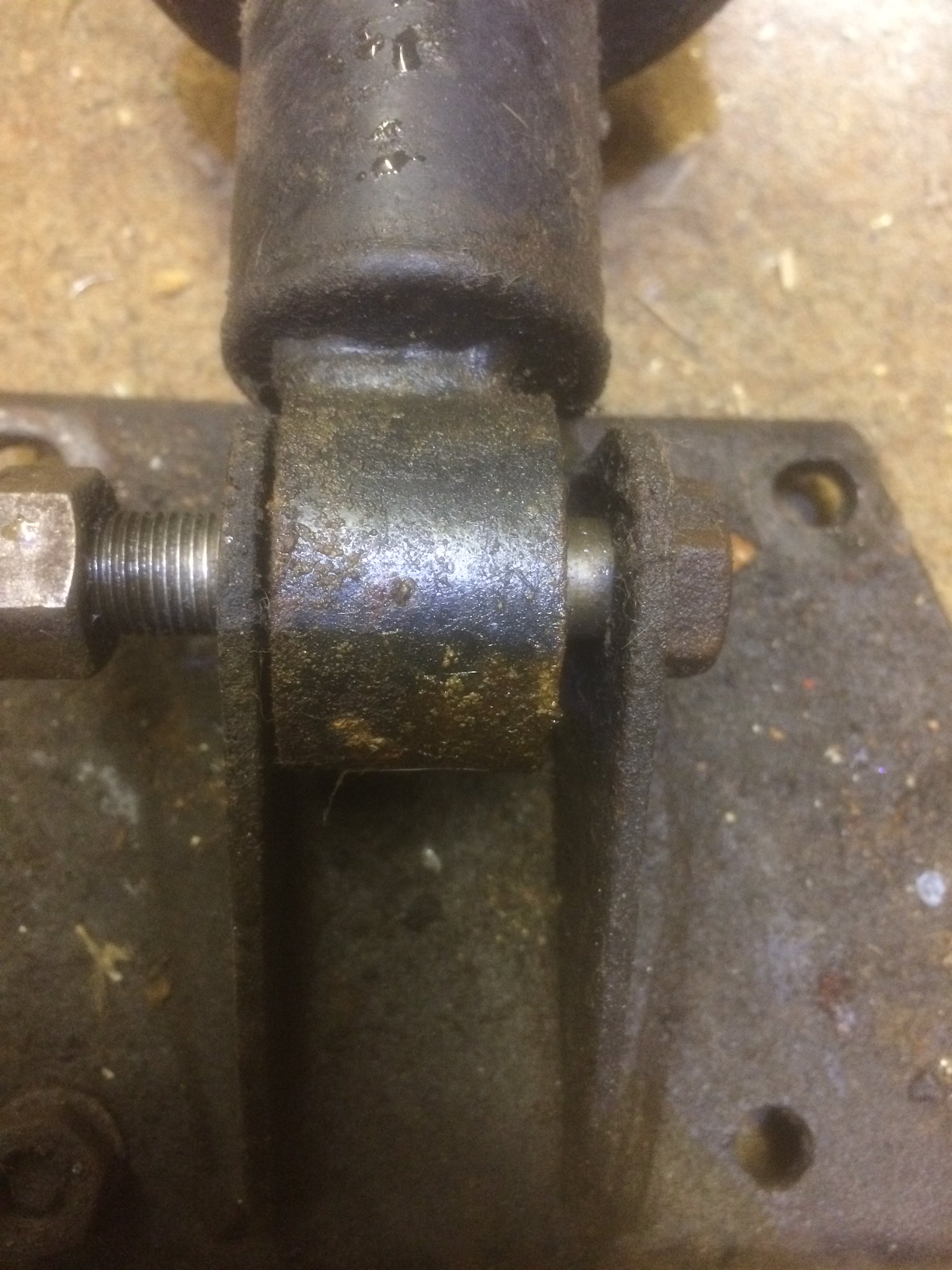 As you can see, the shock absorber bushing is too narrow for the mounting bracket. It's the same top and bottom - there is clearly far too much clearance. Either the shocks have the wrong size bushes in or there are spacers missing. Does anyone know what the shock bushes should measure? do I have some distance pieces missing here?

Given the mistakes I have found elsewhere, I am questioning the whole assembly of the front suspension and there are FOUR substantially thick washers that were sandwiched between the the wishbones and the lower shock mount plate where the bolts go through - are these supposed to be there? if so, should they be sandwiched between the wishbone and plate or be against the plate to increase the fastener bearing area? (so essentially as a washer under the shock mount plate, held by the four nuts and bolts).

Maybe these thick washers are in the wrong place entirely and should actually be the shock bush distance pieces?

Can anyone point me to any detailed exploded diagrams showing front suspension assembly so I can check how it goes together please?

Hi Larry.
Havn't noticed any excessive gap at the shock absorber bolt/bracket before but regarding the four washers: They are NOT on our SE5a (although they could have been omitted by a previous owner

) but ARE on the SE6a. They slightly lower the ride height so maybe a tweek for the introduction of the SE6a. There are washers under the nuts underneath to spread the load a bit too (nyloc nuts).

I think earlier cars had spacers? (item 50 - not on diagram)

dampers are simply the wrong spec fittings - you can just use spacers.

dampers are simply the wrong spec fittings - you can just use spacers.

Aha! That's very helpful, many thanks. I had looked at the parts diagram picture and couldn't see the spacers - hence asking the question - but not read the parts list and seen item 50.... I think that probably clears that up. My chassis number is in the 45.... range, so the spacers are correct and look to have been correctly fitted between the damper bracket and lower wishbone.

I'll do as you suggest and just add some spacers to mount the shock absorbers.

I think earlier cars had spacers? (item 50 - not on diagram)

Thanks Jim. Ben's SE5a is later than that so no spacers required. Strange that they appear on my SE6a (1977) though.

Yep, 6 series had them too.

I have a penciled in note in my workshop manual fig.2 IFS showing washers item 41 and Fig 5-lower wishbones showing washers item 16 "spacers bracket to wishbone" and the note says "spacers between bracket and wishbone for POWER STEERING ONLY........I have them noted as 0.13 inches (by my measuring if I remember) . Lower wishbone bush renewal.... Para B8.0 (b) says "For power steering an interface spacer is fitted at each fixing"
each fixing referring to the 4 fixings, 3/8 UNF, bracket,damper mounting, to wishbones bolts (26 -32 lbft tightening torque)
The non power steering version does not have the spacers therefore.